How can we know that anything is ‘true’? Can we trust our senses?

Explain that some people, wisely perhaps, will not believe anything unless they see it for themselves. What happens though, when you can’t trust what you see?

Show students the optical illusion, left. What do they see: two faces or a vase?

Explain that they may have seen such illusions before, but have they realised the point?

Explain that such illusions demonstrate that what we see is interpreted by us. We look for things that we recognise and this is why we are so easy to fool. Magicians on the TV know that the hand can move quicker that the eye and are able to create illusions that seem impossible.

Ask the students to:

Get a few examples from the whole group, then show them this image: 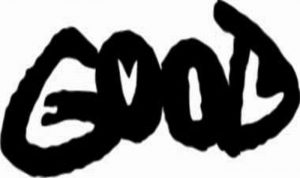 Ask the students to respond to such questions as:

Point out that many religions and philosophies say that everything we experience is a kind of illusion, or at least, falls short of what is ultimately ‘real’.

Show them an image of a Hindu deity such as this one: 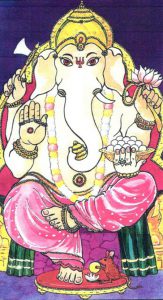 Hopefully, they will recognise Ganesha, but ask them to reflect on the idea that, for Hindus, there is more to the image of Ganesha than meets the eye. Ask them to:

Encourage students to comment on possible interpretations, such as:

Ask students for ideas on where people ‘rush to judgement’ on first impressions that later turn out to be wrong.